The rehabilitation process can be extremely difficult for both horses and humans. Our rescues come to us with a wide array of issues that urgently need our care and attention. Some recent cases include horses that were malnourished, had been physically abused, injured by improper riding or maintenance, and many other examples of neglect and cruelty.

Regardless of their condition, we proudly care for the horses and give them a second chance. The reality is that some horses will remain unfit for adoption for health and behavioral reasons and will be permanent residents of Spring Creek. For others, they'll be trained once healthy and started on the path to adoption into a qualified, lifelong home.
George
​
George was saved from the kill pen by someone that had a Palomino named George when he was younger. Run through as a 17YO, he is actually over 30! George was in terrible shape and he felt like it was more than he could do to rehab him. so he came to Spring Creek where he is regaining his confidence, weight and personality.
George before he arrived at Spring Creek (left), First day at Spring Creek (center) and 17 days later (right) 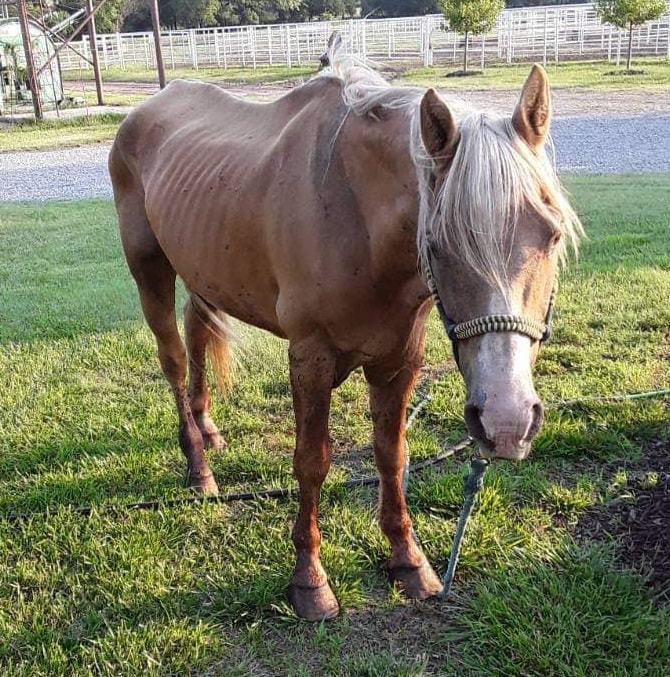 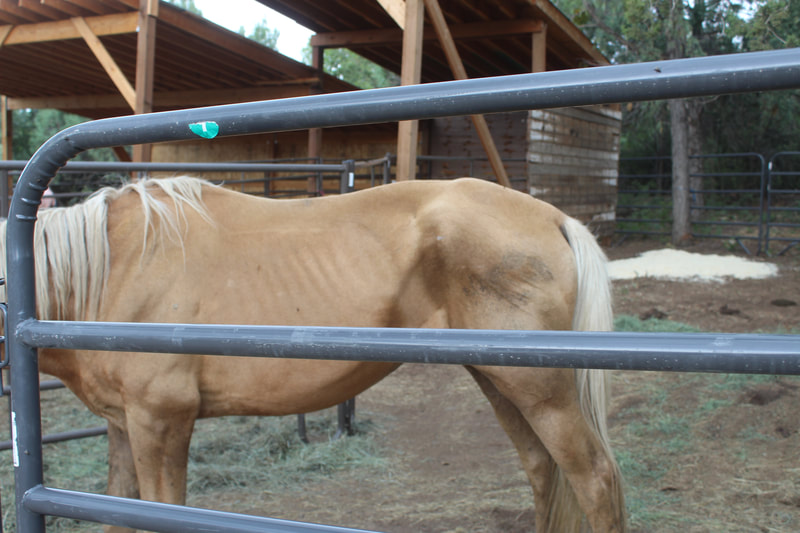 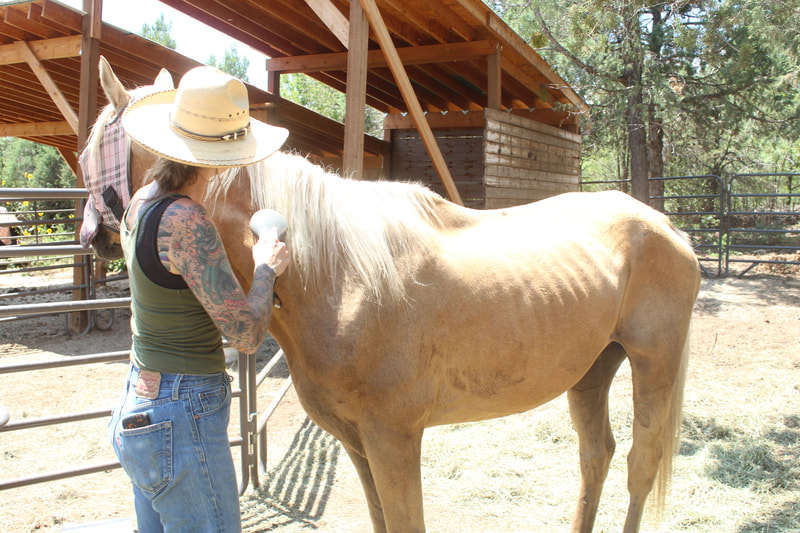 Raven
​
Raven is a 15 year old brood mare that had never been handled. We have gained her trust and although she is doing much better she is not fit for adoption. 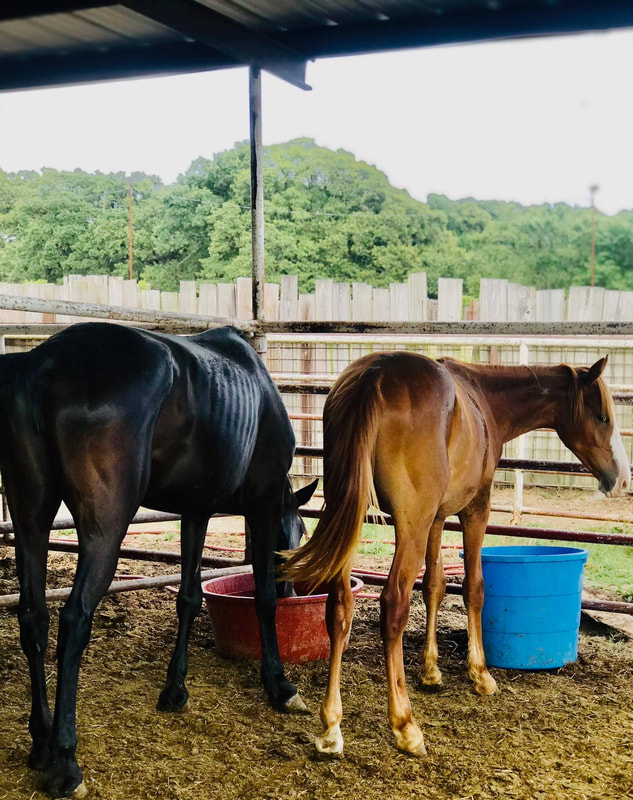 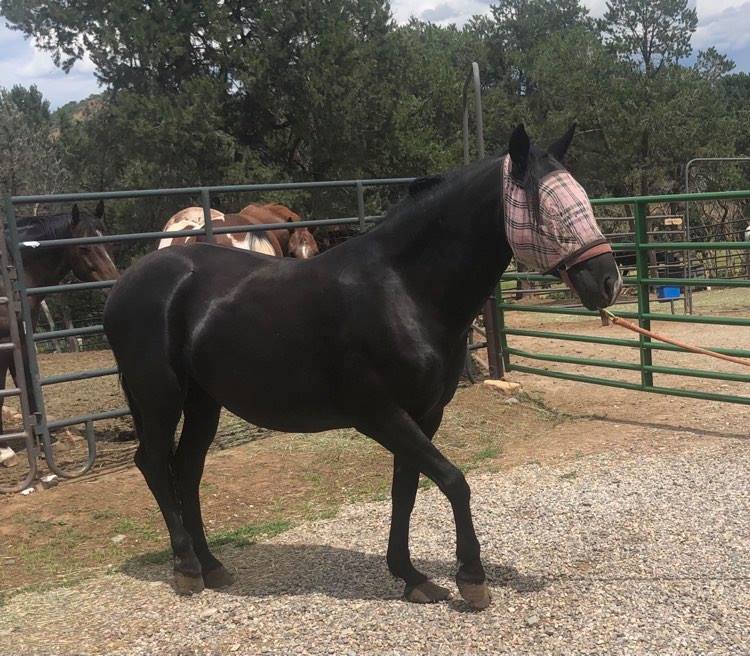 Lady is a 23-year-old Belgian mare, a former Amish work horse, that was bailed from the kill lot by someone who wasn't able to keep her. She has DSLD (dropped fetlocks) and severe scarring on her nose from her former life. She is underweight, quiet and cautious, but starting to feel better. Lady is slowly putting on weight, interacting with us more, and settling in. We don't know how long she'll be with us because we aren't sure how her disease will progress. She has a safe retirement home here and lots of love for the rest of her life.

Gypsy, a mini mule, was bailed and was being hauled with her friend, Noah. When the hauler was moving them from one trailer to another in a Walmart parking lot, Gypsy escaped, and the hauler just left without her. She kept coming back to the parking lot looking for Noah but couldn't be caught. Finally, a cowboy lassoed her and she was reunited with Noah before coming to Spring Creek Horse Rescue. She is very distrustful of humans for obvious reasons, and we are already working to gain her trust.

The weanling Thoroughbred fillies, April (1 1/2 years) and Ashley (4 months) were also bailed, skittish and severely malnutritioned. We are graining them up and working to gain their trust as well. Ashley, especially, is coming along nicely. 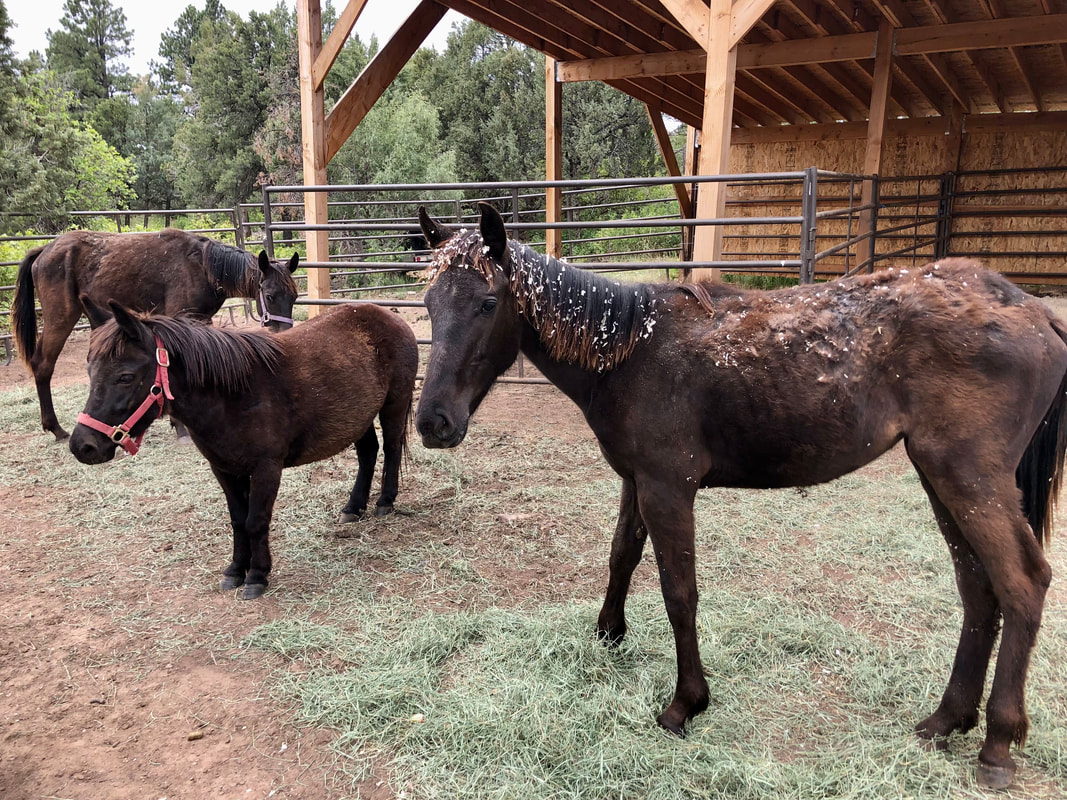 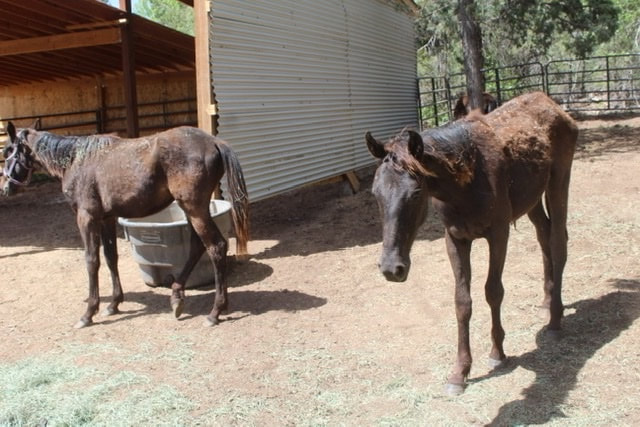 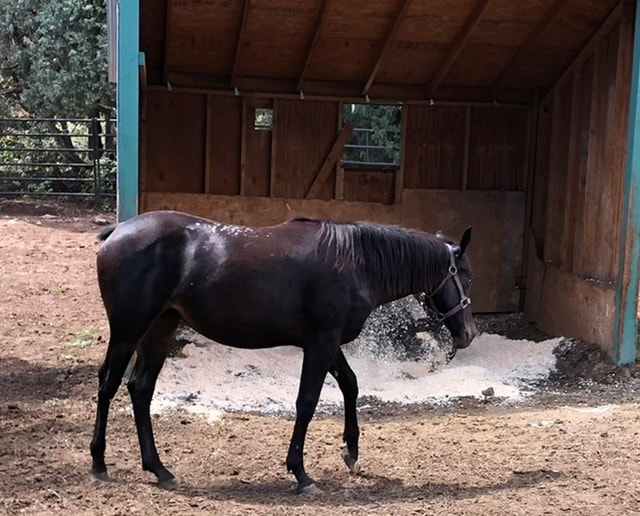 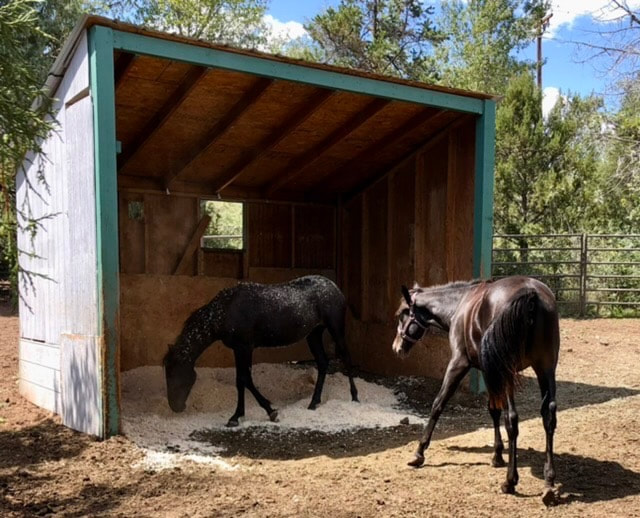 Norman the full size mule and Noah the white mini mule, were bailed by a new rescue that couldn't keep them. They quickly formed a bond during their transport to Spring Creek Horse Rescue and Norman is now Noah's guardian. Noah is extremely distrustful of humans but we know with love and patience (and lots if apples) he'll learn to trust us. Tessa, a young mare, with a severely damaged nose and her tiny, two-month-old filly Peanut are the first Spring Creek Horse Rescue has ever "bailed" in 46 years (we take horses others have bailed but can't keep.)

Despite her wounds and dire condition, we saw her photos and thought she was beautiful. Her eyes showed intelligence and warmth and we knew we needed to rescue her and her baby.

She was in a direct ship pen, which means they leave the baby to die, and ship the mare. No one stepped up for her so we knew we needed to move fast.

Tessa is completely unhandled and wild, but is being fed a healthy diet and already feeling more at home. She is slowly starting to interact with us and has a permanent home here. 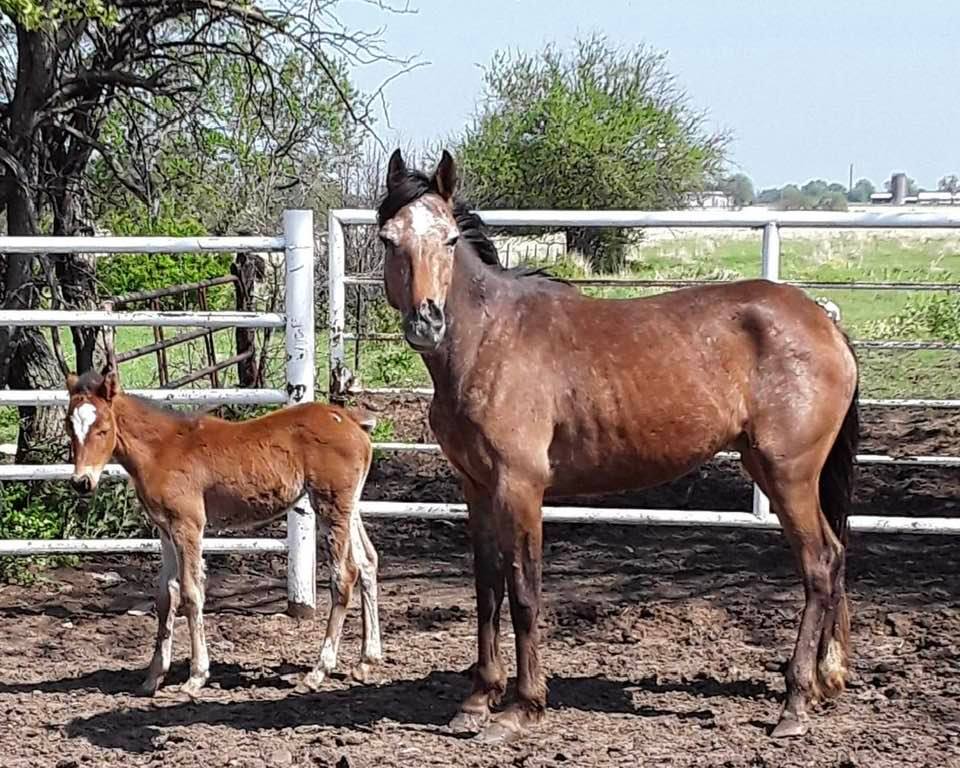